Avoteo is a new crowdfunding platform powered by the Ethereum blockchain. The Avoteo ecosystem has been designed to be transparent, secure and fair for all participants- including investors, developers and backers.

The “mintea crypto” is a cryptocurrency-based crowdfunding platform that has successfully completed the private round and announces phase 1 of presale and continuation of the rewarding referral program. 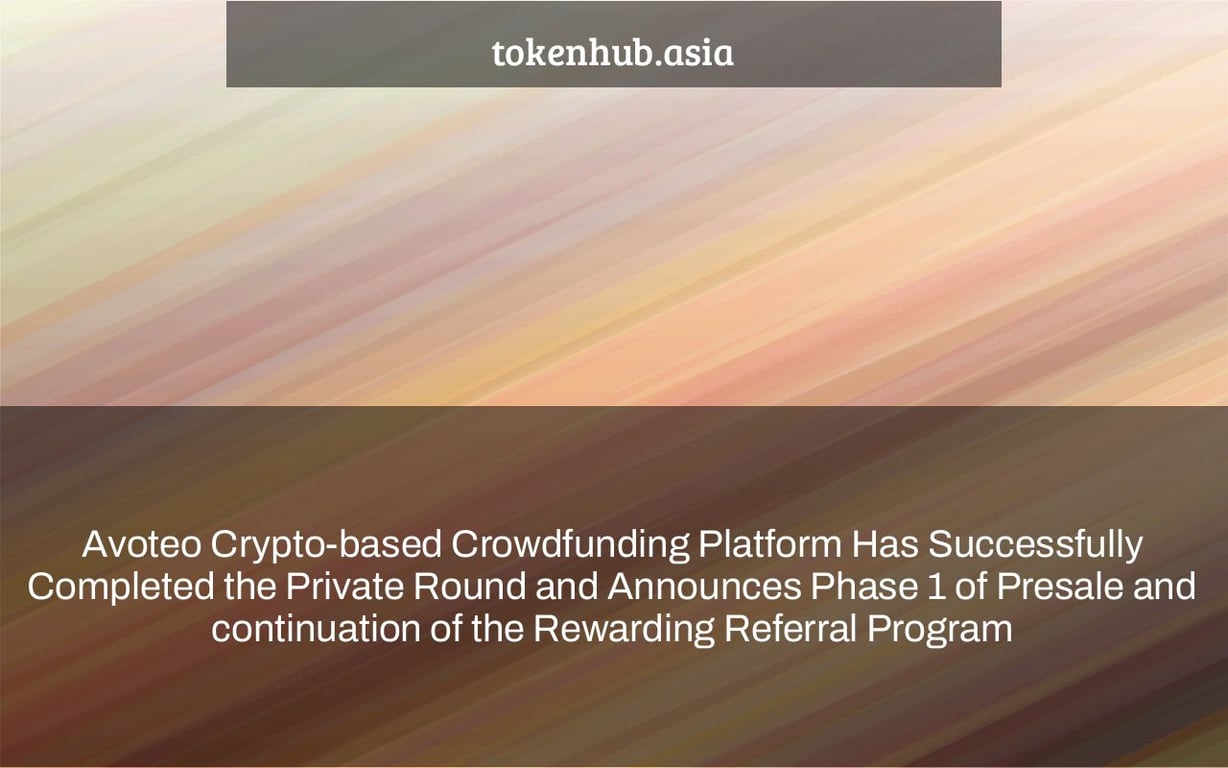 AVOTEO, a cryptocurrency-based crowdfunding platform, has announced the conclusion of its private sale, which collected approximately $300,000. The completely doxed project team is now announcing the commencement of the first part of its presale, as well as the launch of their very lucrative referral scheme.

The referrer will get 15% bonus tokens and the referral receiver will receive 10% bonus tokens when acquiring tokens using a referral link. If the referrer receives 10,000 AVO tokens in bonus tokens, the tokens may be “sold” directly for $0.01 per AVO token to obtain a stable currency instead of AVO tokens with the same vesting duration as tokens sold in the private sale (50 percent 9 months after listing and 50 percent 12 months after listing). A referral contest is also being held by AVOTEO, with a total prize pool of $50,000 USDT up for grabs. This competition will run throughout the whole ICO process.

AVOTEO will be a crowdsourcing platform with a talent pool built in. Holders of the AVO token will be able to vote on which projects should get funding. Once the overall financing objective has been attained, the most popular companies will get funds from the funding wallet. Avoteo SL, the legal division of AVOTEO that was recently created in Mallorca, receives business shares from funded initiatives. In exchange, AVO holders will get a part of the AVOTEO-funded firms’ success. The sole requirement for investors is that they have AVO tokens in their wallets. It also permits them to vote in government elections and provides them with passive income via redistribution. Entrepreneurs may pitch their concepts, recruit new team members, and take advantage of AVOTEO’s supporting atmosphere. Professionals have the opportunity to introduce themselves and their skills. They may either work as freelancers on projects or seek to join a project team. The fundamental aspects of AVOTEO will be creativity, engagement, cooperation, and a fun-to-use platform.

AVO is AVOTEO’s governance token, which is built on the Binance Smart Chain.

All transactions are subject to a 10% tax:

To learn more about AVOTEO and to join the community, click on the following links: