In this article, we’ll explore the latest developments for Cardano and their scaling solution. The community is coming closer to launch a testnet of ADA in September 2018 with a proof-of-stake consensus protocol that’s more efficient than what they currently use. 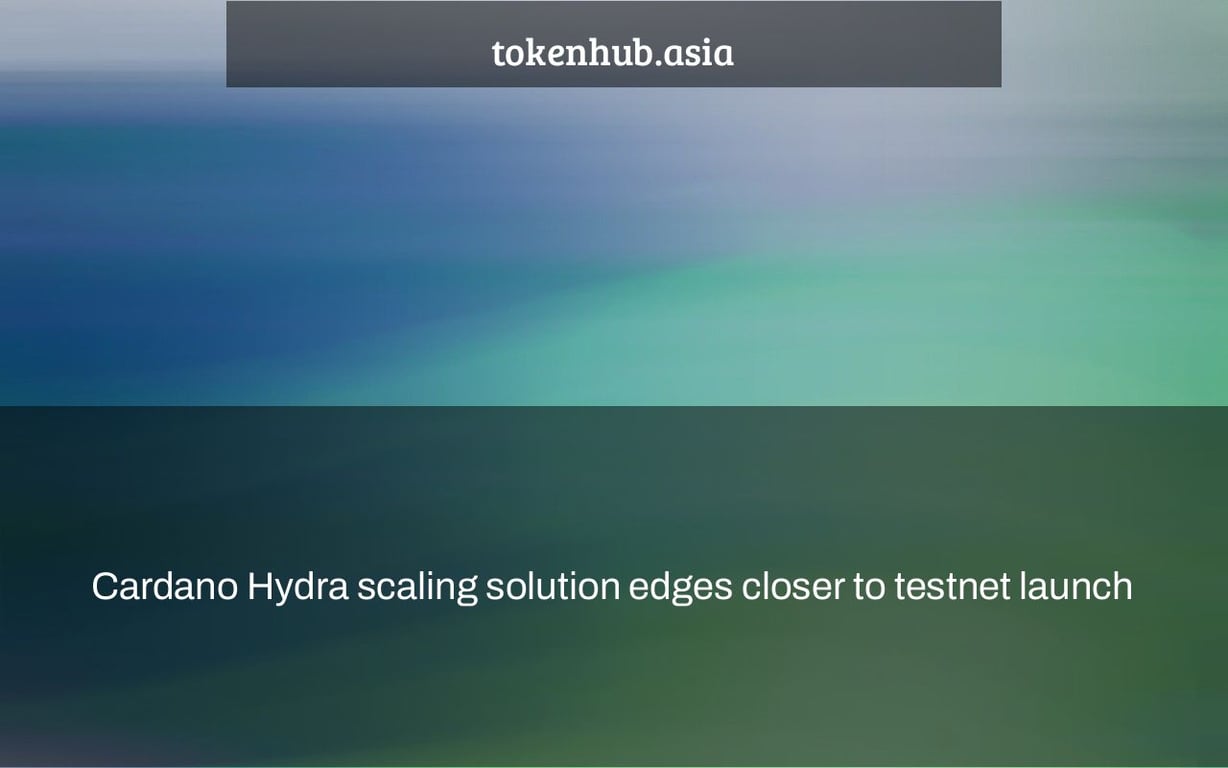 Matthias Benkort, a Haskell developer, commented on Twitter @ KtorZ_, adding that solid progress is being made as the project approaches the testnet stage.

“In the next weeks, we’ll concentrate on on-chain validations and narrowing the testnet gap!”

Hydra is expected to be released in late 2022, according to preliminary projections. Should we expect a faster deployment than expected, given Benkort’s words?

What exactly is the Cardano Hydra?

All permissionless blockchains must solve the challenge of gaining agreement on every single transaction.

This challenge arises when attempting to attain a high throughput at a large scale, such as when managing real-world operations. Especially when considering network expenses, defending against flooding assaults (DDoS), and dealing with storage.

According to IOHK, these aspects were taken into account while designing Hydra as the final answer to these problems.

“Hydra is a layer 2 scaling solution that tries to solve all of these problems by maximizing throughput, minimizing latency, incurring minimal to no expenses, and drastically lowering storage needs,” according to the company.

It does this by a method known as isomorphic scaling, which involves processing transactions off the main chain for certain users while keeping the main chain safe as a settlement layer.

As a result, every Hydra Head has native assets, non-fungible tokens (NFTs), and Plutus scripting. Instead of a “bolt-on” solution, isomorphism allows for a natural expansion of the system.

This is similar to sharding, which divides processes among many partitioned ledgers. Hydra, on the other hand, has the benefit of sharding processes without sharding the ledger.

What is the status of Hydra?

Nagel predicted a delivery date of six to twelve months back in September. He added it will rely on the results of the study and experiments, as well as community response. As a result, many people expected Hydra to be released around late 2022.

Could Hydra be ahead of schedule, considering the latest GitHub update, particularly Benkort’s upbeat tweet about development and entering the testnet phase?

“Another pre-release on the #Hydra proof-of-concept: end-to-end #Cardano node integration (on a private cluster), it’s something.”

Benkort did not provide a timeline for when the testnet will go live, nor did he say how long the testnet would last.

Regardless, the launching of Hydra would be a significant milestone for Cardano. Another step closer to the organization’s objective of constructive global transformation.

The “Cardano Hydra scaling solution edges closer to testnet launch” is a cryptocurrency that aims to provide scalability and privacy. The current development of the project has been very successful, and it is now close to launching its testnet. Reference: hydra, cardano.