Digital securities markets have traditionally been slow to develop as new projects struggle with regulatory hurdles. Two major announcements from blockchain infrastructure firm Blockstation and the Art Masterpiece Tokenization Fund provide a glimpse of what’s on the horizon for digital securities incumbents, who may be increasingly unable to compete in an open market. 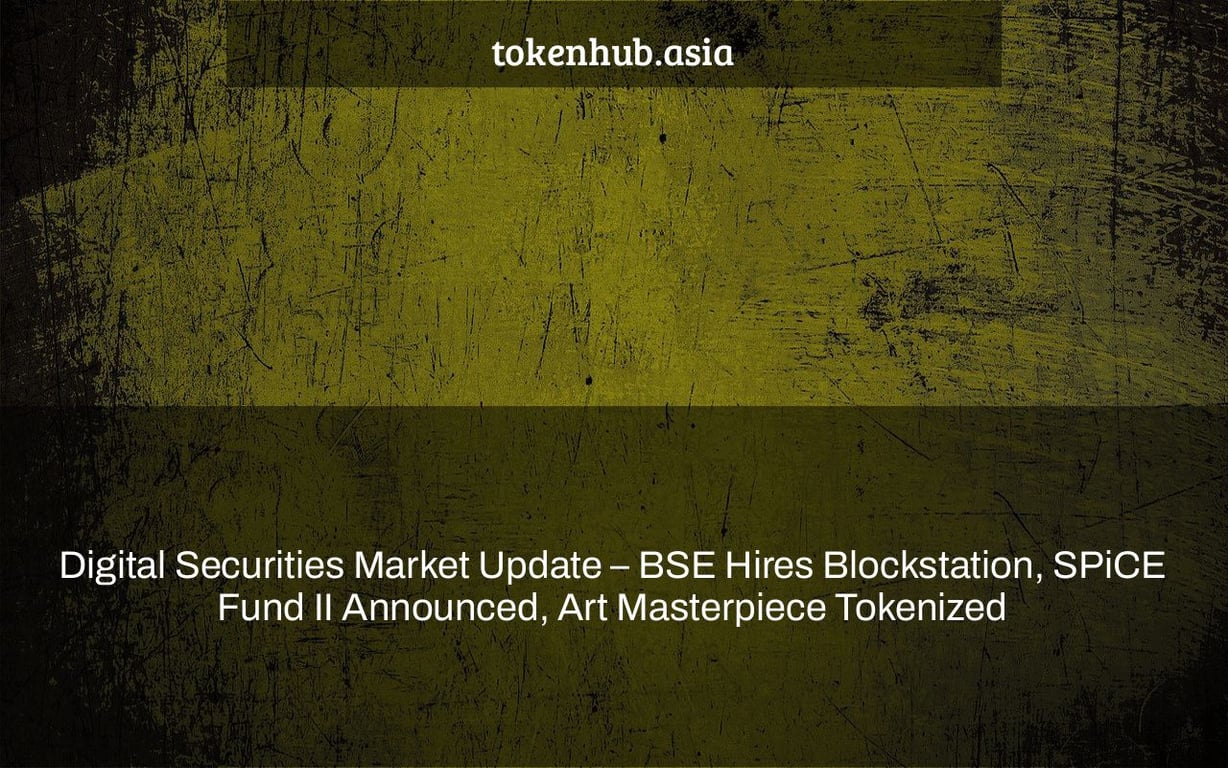 With the general digital asset markets now in turmoil (e.g., the UST and Luna meltdowns), it’s easy to ignore some of the good forward momentum that’s happening at the same time. Here are a few recent instances, with a particular emphasis on digital securities.

Barbados Stock Exchange to Get Digital Asset Trading From Blockstation

Blockstation and the Barbados Stock Exchange (BSE) initially formed a strategic collaboration in February 2019. Blockstation gave the BSE the tools it needed to start testing support for a variety of digital assets. Fast forward to now, and this cooperation has obviously shown to be fruitful and profitable to both sides. Beyond the two companies’ initial Memorandum of Understanding (MoU), a new ‘Master Agreement’ has now been struck, allowing the BSE to fully integrate Blockstation and its digital asset platform. The primary goal of this agreement is to develop a “…blockchain-driven tokenized securities marketplace.”

‘Stock exchanges throughout the globe are striving to incorporate blockchain technology, and we congratulate the BSE on becoming among the first to officially embrace a platform to do so,’ said Blockstation CEO Marko M. Hafez while announcing the news. As a technology business, we are dedicated to enabling the creation of a blockchain-driven capital markets ecosystem by regulated stock exchanges as efficient and frictionless as possible, minimizing friction and generating efficiency for all players in the public investment lifecycle.’

The BSE said in its release that it is “…prepared to become one of the first licensed exchanges to offer Tokenized IPOs.”

Beyond the BSE, Blockstation has made significant inroads throughout the Caribbean. The business announced a similar development with the Eastern Caribbean Securities Exchange Ltd (ESCE) less than two months ago — a move that included the signing of a master agreement under the guise of building a tokenized securities market. Furthermore, Blockstation has a long history of supplying services to the Jamaica Stock Exchange (JSE), which dates back to 2019.

SPiCE VC and its initial SPiCE Fund I – an investment fund focused on firms providing services for the digital assets market – is clearly one of the finest digital securities success stories (Bakkt, INX Limited, Securitize, etcetera). With SPiCE Fund I already closed to new money and related tokens being sold on secondary markets, the newly announced SPiCE Fund II is set to take its place.

‘It’s no secret that Blockchain is disrupting the financial sector, as well as numerous other industries, and is on a quick growth path to become a multi trillion-dollar business,’ said Tal Elyashiv, managing partner of SPiCE VC. Our involvement in finding and investing in firms that are critical to establishing the ecosystem of the digital future cannot be understated now that SPiCE II has launched… We’re thrilled to start the next chapter of SPiCE VC, which has already ushered in a new age of venture capitalism in the Web3 era. We are excited to collaborate with today’s most forward-thinking businesses and investors to generate enormous prospects for wealth creation now and in the future.’

As previously indicated, this fund will concentrate on startups in the digital asset industry that are using blockchain to disrupt the following industries and more.

The SPiCE Fund II is a more “conventional fund,” with a tokenized version expected to emerge in mid-2022. Expectations for the second iteration of this fund are high, given that the first saw three firms go public.

The ‘Carnaval de Binche’ art masterpiece has been tokenized.

Since digital securities first began to catch on, there have been a few asset classes viewed as being prime candidates for disruption through their use.  These typically include expensive and traditionally illiquid assets such as Property Management, automobiles, and of course – fine art.  The reason such asset classes are appealing to digital securities enthusiasts, is their ability to facilitate fractionalized ownership.  With this in mind, digital securities specialists, Tokeny and Rubey, have each just helped the Royal Museum of Fine Arts Antwerp (KMSKA) become the first of its kind to tokenize a ‘masterpiece’ within Europe.

Carnaval de Binche, a work produced by artist James Ensor, is the tokenized and on offer item. Pieces like these are no longer simply available to the super-rich, but also to the public, thanks to fractionalized ownership. Those interested in buying a piece of the artwork may do so for as little as €150, according to the firms involved.

To accomplish this tokenization, the firms choose to organize the accompanying digital assets on the Polygon blockchain as ERC-3643 compliant. ERC-3643, formerly known as the ‘T-REX protocol,’ is a custom standard created by Tokeny in 2018. It was designed with the development, issuance, and administration of digital assets in mind, while staying completely compliant with ERC-20 requirements.

‘There is uncertainty in the market concerning NFT and security tokens, and we are glad to see that KMSKA, an innovative conventional museum, clearly understands the distinctions between these two forms of digital assets,’ said Tokeny CEO Luc Falempin. We believe, like our colleagues KMSKA and Rubey, that security tokens will have a significant influence on the art sector by letting smaller investors to buy in and participate in artworks that already have value. We’re eager to help them reach these audiences by providing a compliant infrastructure and user-friendly interfaces. A new era in art investment has started, and we can’t wait to see what comes next.’