The central bank of El Salvador made a mock-up of what could be the city’s first “Bitcoin City” where residents would use the digital currency for all transactions. The idea has been met with both excitement and skepticism from locals, who are divided on whether it will only create more problems or solve them.

The “el salvador bitcoin city” is a mock-up of what the future Bitcoin City may look like. The project was released by the government of El Salvador. 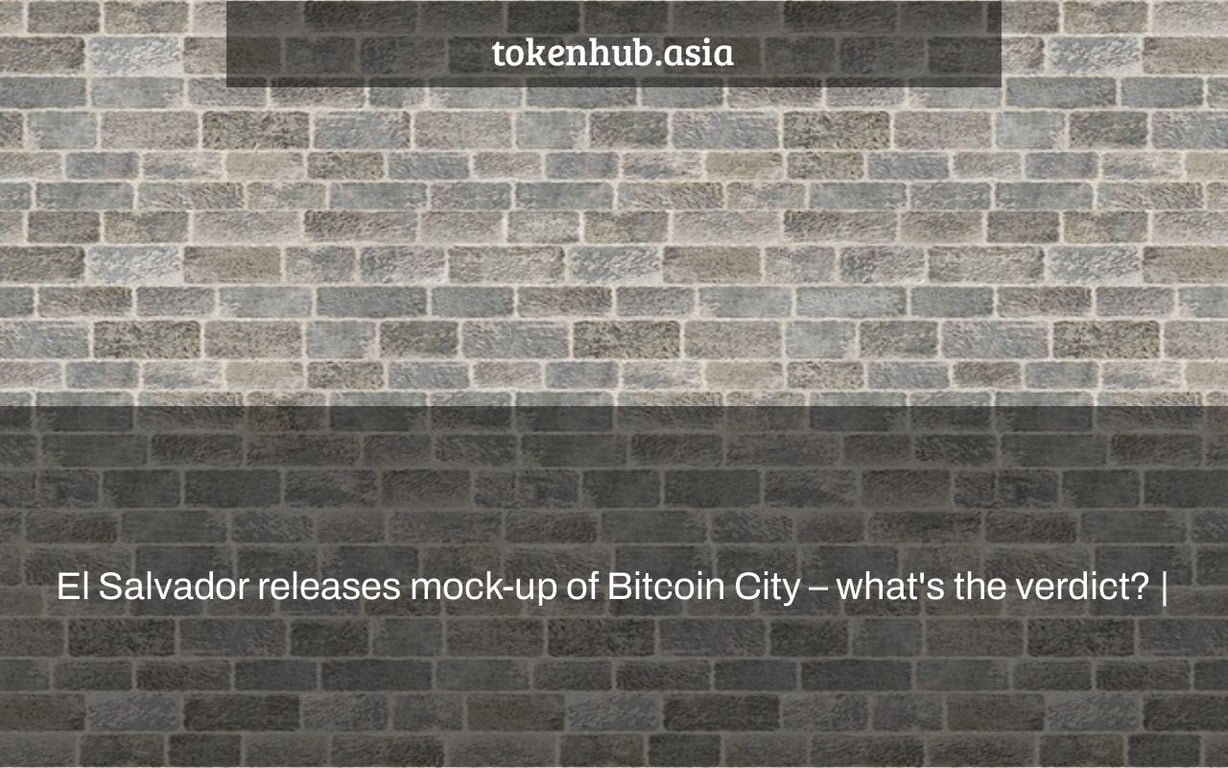 President Bukele of El Salvador tweeted photos of an architect’s model of Bitcoin City with the statement, “Things are going along wonderfully.”

The development of #Bitcoin City is going swimmingly. pic.twitter.com/A6ay8aAREW

The idea of Bitcoin City is futuristic.

The images include a golden disc-shaped model with a hexagonal core and significant features like the airport, as well as artists’ renditions of diverse locations including the viewpoint at the summit of Conchagua Volcano and a nighttime view of the city.

The gold hue was chosen by the architect for the model, according to President Bukele. The completed project, however, will mostly consist of greens for trees and blues for the sea.

“And no, the city will not be constructed of golden metal; the architect chose that hue for the scale model.” Green (woods) and blue (sea) will dominate the real city.”

At night, the artists’ impression portrays how the city would blend with the Conchagua Volcano. It depicts the city’s intersecting section taking up the most of the volcano’s face and going to an inclination. As it pours into the sea, the city gradually levels off.

Bitcoin City becomes a step closer to reality with the unveiling of the mock-up. The project’s ambitious nature, as well as various uncertainties, such as BTC’s price drop, all work against it being finished.

At this point, there are more questions than answers.

The plans for Bitcoin City were initially unveiled by President Bukele at the closing ceremony of a crypto investors’ meeting in late November 2021.

Not only would BTC be the city’s primary currency, but President Bukele also promised that there would be no taxes on income, capital gains, property, or wages. However, a 13 percent value added tax would be imposed. The remaining will be used to pay municipal services, with 6.5 percent going to Volcano Bonds.

The city’s development will be funded through the sale of $1 billion in Volcano Bonds. BTC miners driven by the geothermal energy of the Conchagua Volcano provide a 6.5 percent return to investors.

El Salvador’s Congress has failed to enact laws allowing the bond licensing scheme, according to Bitfinex CEO Paolo Ardoino. He anticipates that Bitfinex will be awarded the license in the coming weeks. However, nothing has been verified as of yet.

Furthermore, with the price of BTC falling, it’s unclear if mining profits will be enough to meet bond payments to investors. These uncertainties will persist until the figures are announced.

Obtain a Competitive Advantage in the Crypto Market

Join Edge to get access to our own Discord community, as well as more exclusive material and commentary.

For $19 per month, join today. Examine all advantages.

El Salvador has released a mock-up of Bitcoin City, which is an idea for a city that would be entirely built on cryptocurrency. The project’s creators hope to inspire other cities to follow suit. Reference: el salvador currency.