The Gate.io team is proud to announce the launch of our Global Futures Trading Competition, offering traders up to $2 million in rewards.
More details about the competition can be found here: https://www.gate.io/futures-trading-competition?utm_source=link&utm_medium=referral 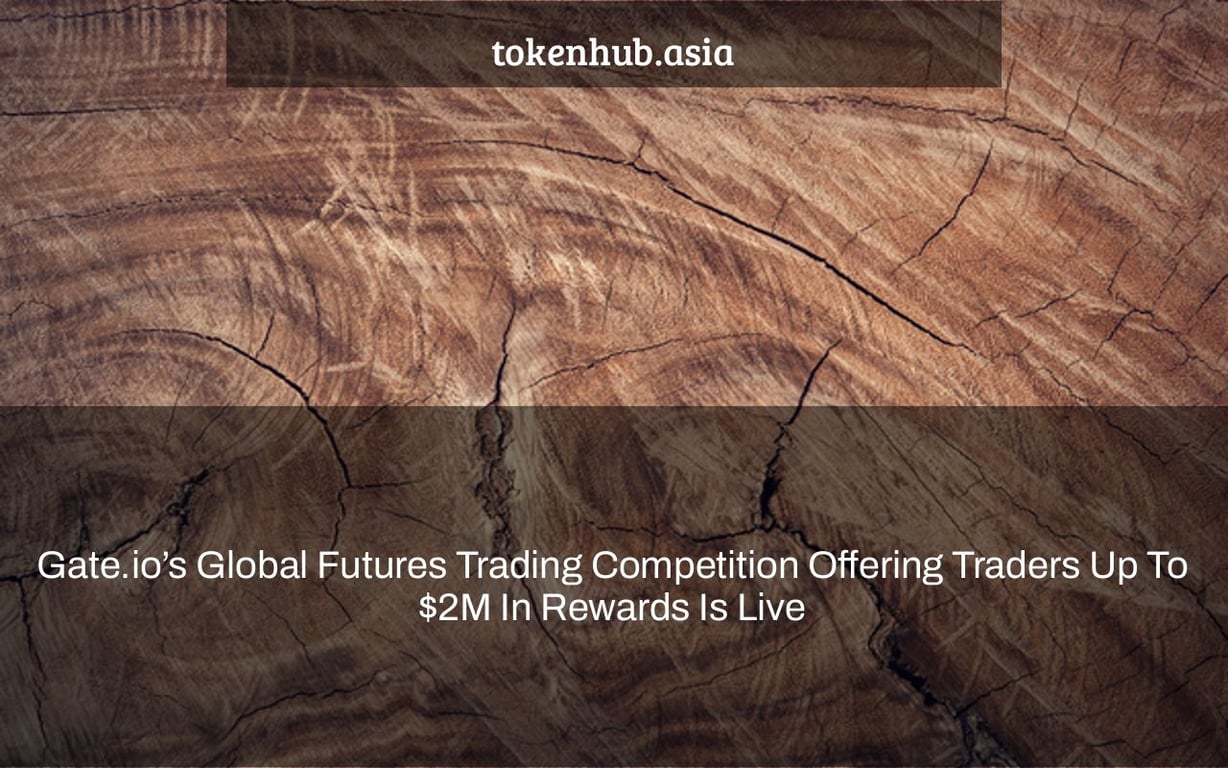 Gate.io, the leading digital asset exchange, is kicking off 2022 with a bang by launching its first-ever Global Futures Trading Competition (GFTC). The tournament, which started on January 7 and will end on January 21, 2022, has a $2 million prize fund. Registration opened on December 22, 2021, and will remain available until January 21, 2022.

“This is without a doubt one of the most user-friendly contract events I’ve ever attended.” The greatest aspect is that, at $200, the entrance barrier is very low, allowing anybody to join. “There are also over 180 contracts for us to engage with, demonstrating Gate.io’s enormous variety,” one of the competition’s competitors remarked.

The event’s prize system, more than anything else, has received a lot of acclaim. It is set up in such a way that everyone may win anything just by participating in the event – both directly and indirectly. Let’s take a look at Gate.io’s rise to the top of the contract trading market before we get into the incentives system.

Gate.io is now the 5th largest contracting platform in the world.

Gate.io is currently the 5th biggest contracts platform in the world, according to CoinGecko, with a 24-hour open interest of $2.68 billion. Gate.io will aim to extend its contracts services in the future, owing to its several benefits over traditional spot trading, including:

The sheer diversity of prizes accessible to all of our members is one of the most exciting parts of the GFTC. The following are the recipients of the prizes in total:

Users may participate in the competition in teams (or troops) or as individuals. The troops will account for 80% of the overall prize pool with a max share of up to 1.6 million USDT. The prize breakdown for the Battle of the Troops is as follows:

Individuals count for 20% of the total prize pool with a max share of 400,000 USDT. As many as 500 users can win prizes in the Individual Battle. The breakdown of the rewards is as follows.

The GFTC is being held by Gate.io to commemorate its third year of futures trading. Invitation prizes and anniversary gift packages totaling $100,000 USD will be distributed. For each gift package, only one legitimate account can be bought. The following are the packages that were distributed:

Star of the Invitation

Encourage your friends to join the GFTC competition. All invitees who bring at least 20 friends will be entered into a drawing to receive 200 OpenPunks surprise boxes worth a total of 20,000 USDT. The boxes will be distributed as follows:

NOTE: If there are less than 50 participants who qualify for the prize, each ranking participant will get four mystery boxes.

Following the competition, the King of Champions rewards, 100 rare OpenPunks worth 10,000 USDT, will be given to the star performers.

Win by predicting the future.

Users may take part by guessing the number one soldier. Those who correctly guess the winner get a part of the $10,000 prize pool based on the number of votes. From January 10th, 2022, 00:00 UTC until January 17th, 2022, 24:00 UTC, users may submit their predictions. All users are eligible to vote if they have more GT tokens than the amount of votes allowed each day. The quantity of votes a user receives each day is determined on their VIP status:

Gate.io’s first global futures trading competition provides an expandable prize pool of up to $2 million. The competition consists of Battle of the Troops, Solo Showdown, early-bird rewards, NFTs, and voting rewards. Global traders can register through the official competition website.

Gate.io is a website that provides information on many topics.

Gate.io is the world’s largest digital currency exchange, with over 10 million users in 190 countries. In addition to DeFi goods via HipoDeFi, services through Wallet.io, investments through Gate Labs, and the GateChain platform, the exchange provides spot, margin, futures, and contract trading. The firm also provides a slew of other services, including its Startup IEO platform, NFT Magic Box marketplace, crypto loans, and more.

Best Performing Cryptocurrencies and Altcoins of 2022