New analytics for a new era of web3 are now live on Elrond. The upgrade allows more people to contribute and learn from the data without compromising security, giving blockchain communities an opportunity to grow exponentially.

Elrond is a next-gen analytics platform that will make web3 secure. It has just gone live on Elrond, and it’s already generating some buzz. 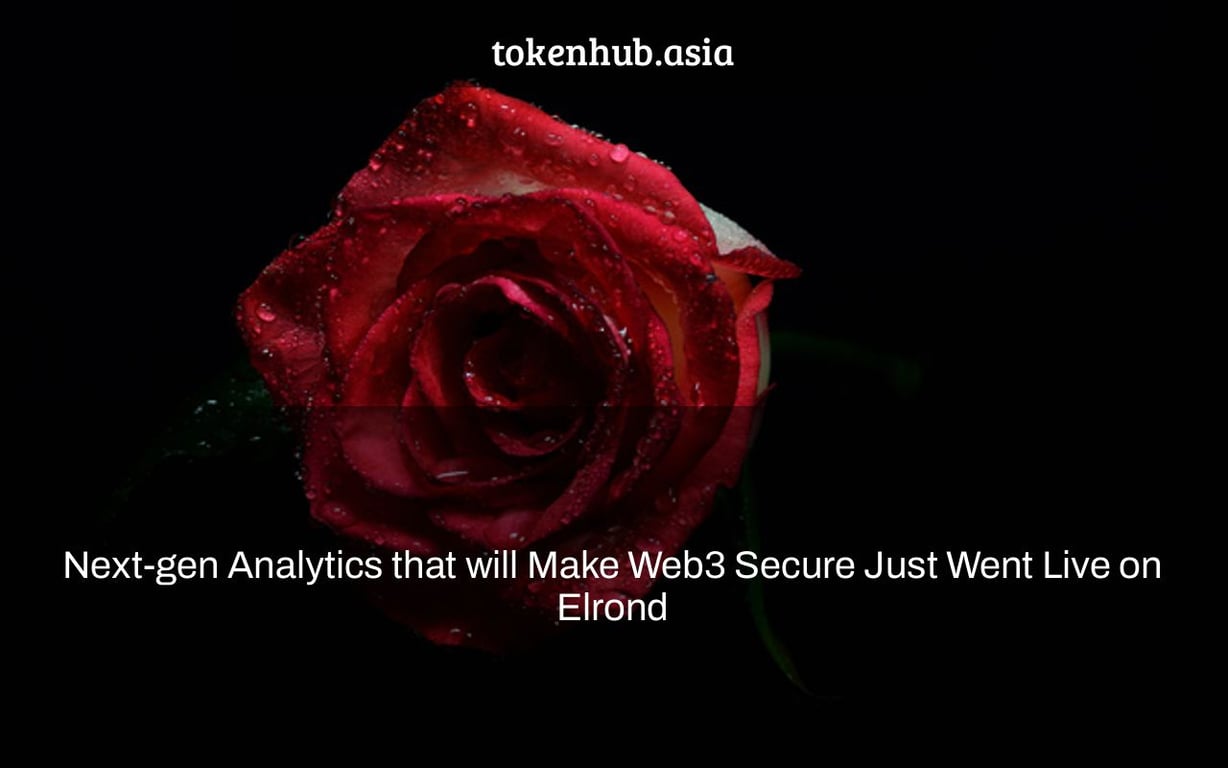 Web 3.0, or Web3, looks to be the most important aim in the crypto business right now, with many initiatives devoted to attaining it. While some initiatives are aiming for interoperability and others are establishing decentralized Web3 services, others are looking for security.

AnChain.AI, for example, has completed a successful deployment of their next-generation Web3 analytics on Elrond in order to improve compliance and fraud protection.

Elrond is bridging the gap between blockchain and global banking.

AnChain.AI has announced the debut of its solution on the Elrond Network, which is the premier provider of internet-scale blockchain infrastructure for Web3 payments, as well as metaverse and DeFi, according to a recent press release.

Given Elrond’s recent attempts to advance into conventional and blockchain-based digital payment infrastructure, the project claims that the integration will be vital for the network. Elrond has expanded its portfolio with a number of acquisitions, including the capacity to issue debit cards, an e-money license, and a VASP license, all of which are valid throughout the European Economic Area (EEA).

Elrond’s CEO, Beniamin Mincu, said that the initiative is making significant progress toward integrating blockchain into the global financial system. Mincu had this to say about AnChain’s integration:

Our scalable design allows international financial institutions and national economies to function and interact. As a result, having access to the highest standards of compliance and fraud protection is critical. In this aspect, AnChain is a fantastic facilitator.

What is the answer proposed by AnChain?

AnChain has established itself as the industry’s premier blockchain analytics provider, and its analytic skills have made the project a critical compliance and forensics tool for some of the world’s major financial institutions, including the US Securities and Exchange Commission. AnChain also caters to digital asset exchanges, as well as other financial institutions and VASPs.

Dr. Victor Fang, co-founder and CEO of AnChain, remarked that the world is at a crossroads. Industries, businesses, and whole governments are fast discovering that blockchain technology has gotten out of hand.

It has become necessary for increased efficiency and long-term development. Meanwhile, AnChain can provide a Web3 security suite that will complement Elrond’s promising technology and provide it a significant competitive edge in fulfilling the rush of institutional demand.

In other words, AnChain will be able to give applications on Elrond’s blockchain with the capacity to handle big data sets for on-chain transactions very efficiently utilizing Elrond. As a result, the organizations’ capacity to avoid communicating with suspect addresses linked to illegal activity will improve. It would also aid in the prevention of fraud, the tracking and recovery of stolen cryptocurrency, and more.

Elrond Network now offers a robust AI-driven security toolbox thanks to this integration. AnChain’s solution now operates on Elrond’s internet-scale infrastructure, solidifying the network’s position as the market leader in blockchain adoption. It’s drawing everyone from businesses to international organizations to whole countries.

Elrond is also scalable, allowing it to handle up to 10,000 TPS with a 5-second latency and a very low cost. As a result, it is well positioned to serve as the foundation of a borderless, permissionless, and globally accessible internet economy.

Visit our Investing in Elrond guide for more information.

Elrond, a next-gen analytics platform that will make web3 secure just went live on the Elrond roadmap. The platform is able to provide users with all of their data in one place and has an easy-to-use interface. Reference: elrond roadmap.